Walk The Talk For Epilepsy Update

Some thoughts on bottled water. How much do you consume? What kind, and from what source? Do you have a refillable bottle? Take it in and share your thoughts! 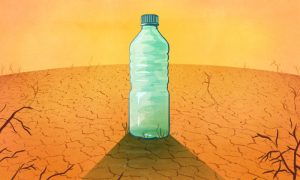 There are few things on this planet I hate more than bottled water. Just the crinkling sound of someone wrapping their mouth around one of those squeaky garbage accordions fills me with rage. I stopped drinking it a long time ago—and you should stop drinking it, too.

In 2015, in the midst of a major drought in the Western US, Nestlé’s CEO pissed a whole bunch of people off when he said he would not stop bottling water at the company’s California plant, not too far away from where people’s wells are running dry. In fact, he would bottle more if he could, he said, because Americans just can’t stop buying it.

In response, people began tweeting this page from Nestlé’s site of all the bottled water brands to boycott. Great, boycott all those. And all other types of bottled water, too. A 2016 study from Washington University in St. Louis, which banned bottled water seven years ago, actually found that the sale of all bottled beverages dropped nearly 40 percent after the new policy was implemented.

But don’t boycott bottled water because of one drought specifically. Or because Nestlé or any other company is profiting from water that actually belongs to fish or almonds or other humans—although to be honest, we actually don’t know how much water they’re stuffing into those ribbed sleeves because that information is protected by the state’s government.

The reason you should boycott bottled water is because it enables a bullshit, backwards vision for society.

Boycotting bottled water means you support the idea that public access to clean, safe water is not only a basic human right, but that it’s a goddamn technological triumph worth protecting. It means you believe that ensuring public access to this resource is the only way to guarantee it will be around in a few more years.

Clean, safe drinking water that flows freely out of our faucets is a feat of engineering that humans have been been perfecting for two millennia. It is a cornerstone of civilization. It is what our cities are built upon. And over the years the scientists and hydrologists and technicians who help get water to our houses have also become our environmental stewards, our infrastructural watchdogs, our urban visionaries. Drinking the water these people supply to our homes is the best possible way to protect future access to water worldwide.

Companies that package water in a single-use bottle are not concerned with the future. They are not invested in the long-term effects of climate change on an endangered watershed, nor are they working to prepare a megacity for an inevitable natural disaster. What they are interested in is their bottom line: Marketing a “healthy” product to compensate for the fact that people are buying less of their other products that are known to case obesity and diabetes—and selling it for at prices that are 240 to 10,000 times higher than what you pay for tap water.

To read to the remainder of this article, click here: http://gizmodo.com/stop-drinking-bottled-water-1704609514