Popsugar.com: The 5 Easiest Ways to Work Your Body at the Office 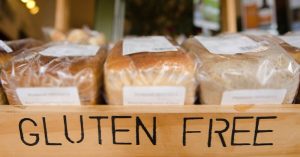 SAN DIEGO — Some kids are following a gluten-free diet

even though they do not have a medical condition that requires avoiding gluten, and this is worrying some doctors.

Gluten-free foods are not necessarily healthier

. In fact, they can be higher in calories, and may not be enriched with vitamins and minerals that are important for children, said study co-author Dr. Eyad Almallouhi, a pediatric gastroenterologist at Mayo Clinic in Rochester, Minnesota.

“Many people think that a gluten-free diet is healthier than the usual diet, which is not always true,” said Almallouhi, who presented the findings here Sunday (May 22) at Digestive Disease Week, a scientific meeting focused on digestive diseases.

, the researchers said. [9 Snack Foods: Healthy or Not?]

Out of about 15,800 children in the schools, 78 were on a gluten-free diet. Of these, 60 percent had celiac disease, an immune condition that makes people sick if they eat gluten, according to the study. But 40 percent of the kids had other reasons for avoiding gluten, including health conditions that don’t warrant avoiding gluten, such as seizures, Crohn’s disease, urinary tract infections and autism.

Six children in the study were on a gluten-free diet because celiac disease tended to run in their families. But doctors

do not recommend that people avoid gluten for this reason. Although children with a family history of celiac disease are at increased risk for the condition, they shouldn’t start a gluten-free diet until they’ve been tested for celiac disease, according to a recent commentary in the Journal of Pediatrics.

. However, for those with gluten intolerance, consuming gluten does not cause damage to the small intestine as it does in those with celiac disease. [5 Diets That Fight Diseases]

Almallouhi said that gluten intolerance is not well understood, and some people with the condition may actually be sensitive to other components of food that also happen to be in foods that contain gluten.

Still, if a child without celiac disease has symptoms that get better when gluten is removed from their diet, then a gluten-free diet may be justified for that child, said study co-author Dr. Imad Absah, also a pediatric gastroenterologist at Mayo Clinic.

“But if you’re on it just to try, or just because you think it’s a healthier diet, I think people should reconsider,” Absah said.

The researchers noted that gluten-free foods can also be higher in heavy metals, such as arsenic. An earlier study by researchers at Mayo Clinic found that patients on a gluten-free diet had higher levels of arsenic, lead, mercury and cadmium in their blood than would be expected, although the levels were not high enough to be medically concerning, Absah said. [8 Top Meals from Nutritionists]

The researchers want to expand their study to survey children nationwide, and there’s reason to think that there may be a similar trend nationally, Almallouhi said. In another study presented at Digestive Disease Week, researchers analyzed information from a national survey of more than 22,000 people ages 6 and older in the United States, and looked at the prevalence of celiac disease and people on a gluten-free diet. They found that between 2009 and 2014, just 0.72 percent of people have celiac disease, but 1.1 percent said they avoid gluten even though they don’t have celiac disease.