www.ideafit.com:Ageism and the Fitness Industry

www.ideafit.com:Ageism and the Fitness Industry

Ageism and the Fitness Industry

Bias is bad for the well-being of older people. Here’s how the fitness industry can take on ageism. 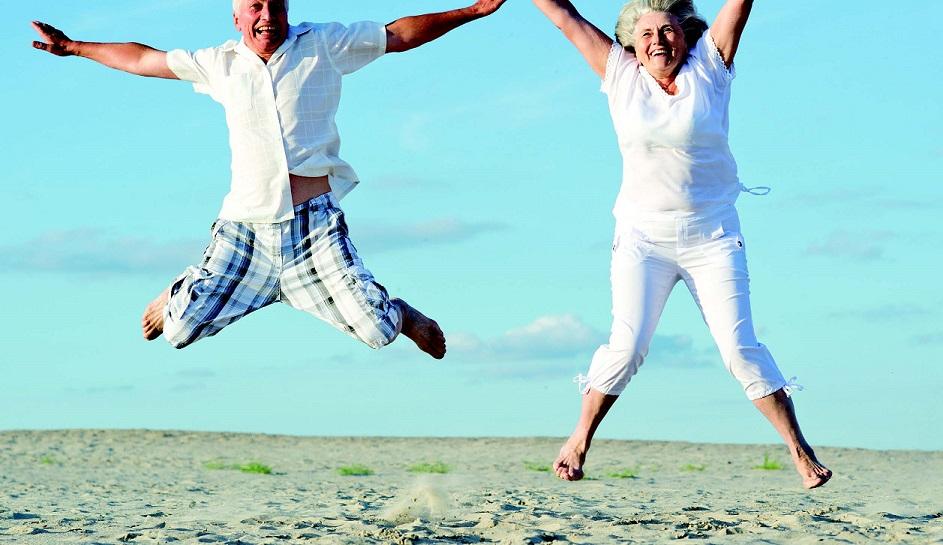 At what age does a person become old? Is it 50 or 65 or 75? I’ve known healthy 75-year-olds who could outrun, outswim and outlift me, and I’ve known diseased 60-year-olds who’d be short of breath walking to the mailbox.

Our Facebook feeds are replete with examples of adults aged 60–100 who are water skiing, bodybuilding, performing gymnastics and enjoying all sorts of adventures. But have our perceptions and attitudes about aging kept up with the times? Do we still believe all seniors are diseased, frail, senile and useless?

Ageism is alive and well in today’s society, and the fitness industry is not immune. Gyms offer gentle “senior” classes performed entirely seated in chairs while golden oldies play overhead. Trainers talk to each other about “cute” older couples that work out together at their gym. A multibillion-dollar anti-aging industry promises to help older people look and feel “young” again—implying there is something wrong with them looking and feeling the age they are.

What Is Ageism, and What Does It Look Like?

The term ageism, defined as “the process of systematic stereotyping and discrimination against people because they are old,” was first coined by Robert Butler, MD, psychologist and gerontologist, and founder of the International Longevity Center–USA, in 1969.

Ageism can be personal (our individual biases) or institutional (driven by custom, culture and economic forces). Bias does not have to be intentional to be damaging. Unintentional biases also take their toll on older people.

Many ageist sentiments are subtle, easily overlooked and even well-intentioned. Addressing an older woman as “young lady,” for instance, perpetuates the idea that “old” is bad. What about the “senior” discount? Does it promote the belief that older adults are financially impoverished and need assistance?

People don’t see themselves as ageist. Most ageism is unintentional—reflecting deeply held beliefs about old age that have been cultivated over generations. Most people think their views of aging are reasonable and justified based on their personal experience, when in fact public messages and images have influenced their thinking. And, of course, age bias is shaped by our own fear of death.

How Does the Public View Aging?

The language of aging focuses primarily on “loss”—implying that nothing can be done to prevent inevitable decline. In their book Successful Aging (Dell 1998), researchers John Rowe, MD, and Robert Kahn, PhD, identified six common aging myths:

These perceptions can have serious consequences for older people.

What Is the Impact of Ageism?

While we recognize the serious problems that racism and sexism pose, do we acknowledge the real harm of ageism? Its negative consequences are many, but I will focus on just two.

Ageism can affect an older individual’s health and longevity. Dozens of studies have demonstrated how subconscious priming (through statements and images) for either positive or negative stereotypes influences the function of older adults. Collectively, these studies show that older people exposed to positive primes perform better on physical and cognitive tasks than those exposed to negative primes. Negative primes had other surprising effects, such as heightened cardiovascular responses to stress, i.e., heart rate and blood pressure, while positive primes muted these responses.

Other studies show that adults with positive self-perceptions of aging engage in more health-promotion strategies and take better care of themselves than those with negative perceptions of aging. In addition, negative stereotypes affect an individual’s self-esteem, self-efficacy and resilience—all factors related to whether older adults perceive that they have control over health outcomes.

Ageism affects the quality of health care. In a survey of attitudes on aging, most primary care providers agreed with the statements “Having more aches and pains is an accepted part of aging” (64%) and “The human body is like a car: when it gets old, it gets worn out” (61%). A majority of the physicians agreed that one should expect to become more forgetful with age (52%), and one-third agreed that increasing age was associated with worrying more and having lower energy levels (Davis et al. 2011). These results demonstrate how pain, fatigue, cognitive impairment, depression and anxiety might easily go undiagnosed and untreated if healthcare providers erroneously attributed these symptoms and conditions solely to advancing age.

One demeaning manifestation of ageism is “elderspeak”—talking slowly, with exaggerated intonation, elevated pitch and volume, more repetition, and simpler vocabulary and grammatical structure. Many people, including fitness professionals, make the mistake of talking this way, even if it is well-intentioned.

There are plenty of examples of ageism in the fitness industry. Do any of these look familiar?

What Can Fitness Professionals Do About Ageism?

“It is important for healthcare and fitness professionals to believe, to teach and to coach that you are never too old to start exercising, and never too old to stop,” says Elizabeth Joy, MD, MPH, FACSM, a physician, and president of the American College of Sports Medicine. How can the fitness industry be a beacon of light to cast away the darkness of ageism? For starters, you can take these steps:

Face up to your biases. Address your ageist beliefs. We all have some, which are driven often by unrealistic expectations of what it’s like to get older. Although many younger adults expect to have serious problems such as depression, memory loss and loneliness in late life, these are not as common as you might think.

Focus on the benefits of getting older. All the focus on negative aspects of aging overlooks the benefits: maturity, creativity, perspective, experience, wisdom and legacy, to name a few. In a Gallup-Healthways Well-Being Index published in July 2014, based on 80,000 interviews conducted in January–June 2014, adults aged 65-plus reported higher levels of “thriving” in social, community, financial and physical aspects of their lives than any other age group (Brown & Sharpe 2014). You heard that right: The vast majority of older adults enjoy this stage in life.

Resist the cult of youth. Fitness is about more than six-pack abs and huge muscles. For many it is about health, wellness and feeling good about oneself. Marc Middleton, founder and CEO of Growing Bolder®, an active-lifestyle brand intent on “changing the way the world looks at aging by smashing stereotypes and delivering hope, inspiration and possibility to the largest group of consumers in history,” puts it this way: “To anyone out of college, fitness is health and wellness, energy and stamina, stability and movement—the qualities that lead to active longevity and the opportunity for travel, hiking, adventure, dancing and more into our 80s and 90s. Show us a fitness program with real people that facilitates active living into our 80s and 90s, as opposed to one that suggests the outcome will be the ability to parade our sexy, oiled bodies on the beach.”

Use positive language. Whether in articles, blog posts, advertisements or conversations, make a point of using words and phrases that show how great life can be in the latter half of life. Choose words and images that reinforce the benefits of getting and being older.

Be realistic. Show images and share case studies of older adults being physically active and authentically enjoying life. It is tempting to spotlight the extreme outliers—the 102-year-old skydiver or the 91-year-old gymnast. While they are definitely inspirational, they are not examples most people can connect with or even aspire to emulate. It is therefore helpful to show more “average” folks doing “average” activities, such as playing tag with grandchildren, playing a musical instrument or playing tennis with their buddies.

Ageism is a real form of discrimination that often goes unnoticed and unaddressed. Fitness professionals have an opportunity to dispel ageist thoughts, words and actions. The rapidly growing older population (see Figure 1) is changing the way we view aging and what it means to be a “senior,” and older adults are looking for fitness professionals who believe in the possibilities of aging, rather than its limitations.