A dietitian explores the latest research and clears up some common myths about fat. 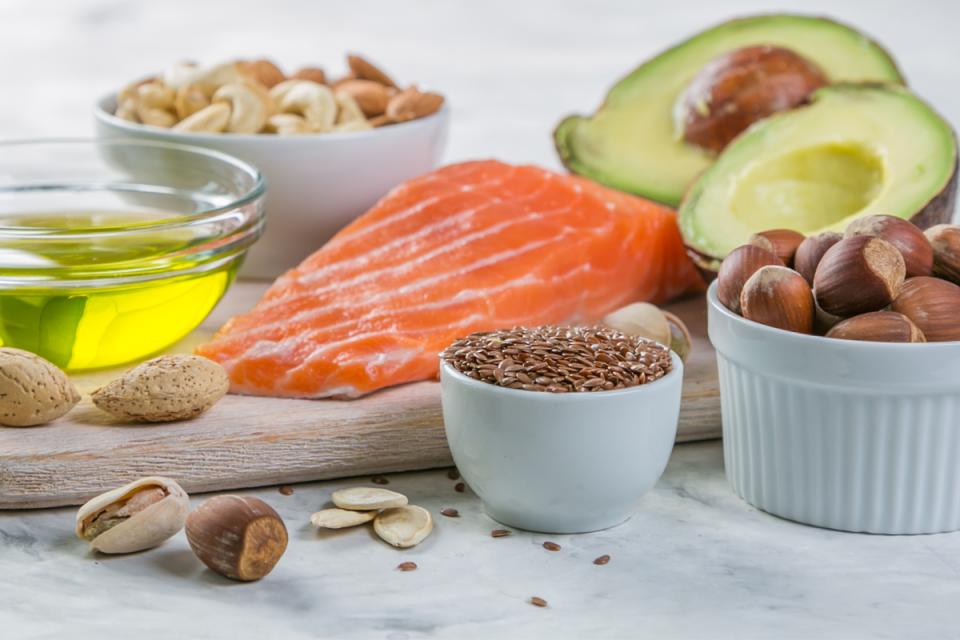 For years, fat was demonized as dietary “Public Enemy Number One.” Despite the essential roles it plays in the body, including temperature regulation, hormone production and protection of organs, we were told it was also responsible for weight gain and other health woes. As a result, people stocked their kitchens with low-fat items.

Now the tide has turned. New research and popular diets like paleo and ketogenic have caused the fat stigma to wear off. But what is the real truth about fat?

The Myth: Fat-Free or Low-Fat Is Healthier

The low-fat craze led to the formulation of thousands of lower-fat products, from yogurts to cookies. “But when the fat is reduced or removed from a food, you lose much of its flavor,” explains Michelle Babb, MS, RD, author of Anti-Inflammatory Eating for a Happy, Healthy Brain (Sasquatch Books 2014). “So to make up for the flavor shortage, manufacturers often add sugar, artificial flavors and salt, which is hardly a nutritional upgrade.” For instance, the calorie savings in reduced-fat peanut butter is negligible owing to its higher sugar numbers. When you opt for fat-free salad dressings, you won’t fully absorb the fat-soluble antioxidants—like lycopene and beta-carotene—that are found in vegetables.

As long as you are mindful of portions, Babb says, there is no reason you can’t enjoy foods that are closer to their natural, full-fat state.

The Myth: High-Fat Is Healthier Than High-Carb

In a study published in The Lancet, higher carb intake was associated with an increased risk of total mortality, whereas total fat intake was not found to raise death risk (Dehghan et al. 2017). But context is key: The typical American diet is roughly 49% carbs, 34% fat and 16% protein, so it cannot be considered especially high in carbs or low in fat. In turn, we shouldn’t use research like this as permission to greatly fatten up our diets.

But that’s beside the point. David Katz, MD, MPH, director of the Yale University Prevention Research Center and founder of True Health Initiative, feels strongly that we need to stop paying attention to such studies, as they do the public a major disservice. “Depending on the foods you choose, you can eat a low-fat, high-carb diet full of jelly beans and soda that’s terribly unhealthy and raises your disease risk, or you can eat a high-fat diet rich in fried foods that does the same.” So if the diets in the aforementioned study were skewed toward higher intakes of processed carbs like white bread and white rice and higher intakes of beneficial fats like olive oil and nuts, it’s not surprising fat came out on top.

Look past simplified recommendations and instead look at diets in the context of what you are eating overall. In other words, choose mostly healthful foods, and the healthful fats and carbs will take care of themselves in whatever percentages suit a person’s tastes.

The Myth: Coconut Oil is a “Superfood”

Often demonized for its super-high saturated fat content (91% of calories), coconut oil has experienced a renaissance. But coconut oil is not nearly the health-boosting, fat-fighting miracle its fans want it to be.

If you like its flavor or the moist­ness it adds to baked goods, it’s probably fine to include modest amounts (no more than a tablespoon daily) as part of an overall healthy eating plan.